8 Most Popular National Parks in Thailand

Check out these 8 best national parks in Thailand and be prepared to be wowed by nature.

Covering a total surface of more than 25,000 square km, there are some 50 national parks and wildlife sanctuaries in Thailand.

Scattered throughout the kingdom, these places provide nature lovers with the most exciting opportunities to discover the country’s flora and fauna.

The following are some of the country’s most incredible national parks.

Located about 200 km North-East of Bangkok, and lying on more than 2100 km ² at an average altitude of 800 m with a peak at 1351 m, this park is a popular weekend destination with the locals, who come here for the and spectacular waterfalls, but also to have a safari experience and meet wild elephants, tigers, bears and giant hornbills. While you won’t find too many Westerners here, this wildlife sanctuary might be a bit too crowded during weekends, especially when the weather is favorable to such adventures.

If you want to get off the beaten track and enjoy nature at its best, avoid the most popular cascades, which represent the preferred camping locations. However, don’t get away too far as you might run the risk of meeting a wild beast face to face. Passing by the visitors’ center and getting informed about the animal’s migrating habits for that time of the year is always a good idea.

Khao Yai National Park is a popular weekend destination with the locals, who come here for the and spectacular waterfalls but also to have a safari experience and meet wild elephants, tigers, bears, and giant hornbills.

While the park covering an area of 782 km ² it is a paradise for birds watching enthusiasts, it is also one of the last refuges of the Asiatic black bear, the Assam macaque, gibbons and 75 other species of mammals. While crossing the park, you will also have the opportunity to visit the Meo and Karen tribes’ villages.

Doi Inthanon National Park is a true jewel of natural beauty, consisting of rugged mountainous terrain blanketed by lush tropical forests and dotted with mighty rivers and majestic waterfalls. The park’s protected status makes it a sanctuary for a wide range of animal species and it is perhaps the best place in Thailand for bird watching.

One of the famous national parks of Thailand, Phu Kradung, located in Loei province, is visited every year by more than ten thousand people, who come here especially to climb to the top of this famous mountain.

A nationally protected forest since 1943, Phu Kradueng is dotted by Buddha statues, surrounded by particular vegetation of beeches, oaks, rhododendrons and carnivorous plants. The rather difficult trekking path goes by nice waterfalls like Tham Yai and Tham So. You will find, on your way, a number of locations where to buy food and refill your water supplies.

Situated in Phu Kradueng District of Loei Province in central north Thailand, the park is popular for it’s long trails, the cold winter months, number of waterfalls and viewpoints. Unlike most other major national parks in the country, Phu Kradueng National Park is accessible by public transportation from all nearby provinces and Bangkok.

Centered around one of the country’s most beautiful islands – Koh Samet, located in Rayong province, this national park includes many beautiful beaches, coral reefs and crystal-clear waters ideal for scuba diving.

Although invaded by hordes of tourists, the islands have succeeded to keep their natural beauty and authentic culture. If you are a fan of fishing, you will certainly enjoy a night adventure accompanied by one of the local fishermen. Aside from a wide range of water sports, you will have here the opportunity to taste the original Thai seafood dishes.

Located in the province with the same name, on the Thai coast of the Andaman Sea, Phang Nga includes the island Ko Phing Kan, which has become famous and touristy for having served as setting for the James Bond film – “The Man with the Golden Gun”.

Its landscapes are featured by verdant limestone islands, riddled with excavations, underwater caves, irregular rocks standing up perpendicular from the almost always calm water. This park’s main attractions include prehistoric paintings and a Muslim fishing village.

This park was famously featured in the James Bond movie The Man with the Golden Gun. Huge vertical cliffs frame 42 islands, some with caves accessible only at low tide. The bay is composed of large and small tidal channels, which run north to south through Thailand’s largest remaining primary mangrove forests.

An archipelago park made up of 51 islands covering 1400 km situated in Satun province, Tarutao lies 31 km² off the South coast of Thailand, near the Thai border with Malaysia in the waters of the Indian Ocean. This national park offers the best diving spots in Southeast Asia.

For tourists as well as for the locals, this is the ideal place to learn to dive. Touring the surrounding caves is a good idea while you are in this secluded part of the world.

Known for its silver beaches and colorful coral reefs, this park situated in the province of Surat Thani represents another alternative for those who want to practice water sports or to lie in the sun all day and enjoy the spicy Thai dishes.

A popular destination with honeymooners, Ko Samui is also suitable for party animals as well as for families traveling with kids. While the beaches turn into loud discos at night, there are also several amusement parks on the main island. This archipelago can also represent a possibility for you to explore the Buddhist culture, by visiting the Wat Phra Yai temple, also called Big Buddha or the Laem So pagoda. 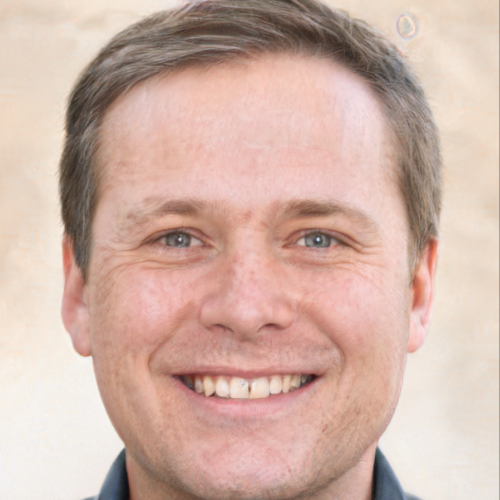 Mildred Hagberg
Mildred H. Hagberg is a veteran paddler. He has been paddling since his school days and have won many awards for his outstanding paddling skills. He is a regular contributor at Kayak Manual – a popular kayaking blog.

Best Scandinavian Countries to Visit in 2023