Meet the Reddit College Dropout Who Built a 7 Figure Business

Wondering how to make 7 figures online? The fastest way to a million may not be as unattainable as you once believe. Learn how to start a 7 figure business.

Wondering how to make 7 figures online? The fastest way to a million may not be as unattainable as you once believed. Learn how this Millennial started a 7 figure business from her bedroom.

How much is 7 Figures? Seven-figure incomes are anything over $1,000,000. Again, there is clearly a huge disparity between someone earning $1 million and another at the top end of the income bracket earning $9 million! And to think that a college student can build a 7 figure business, you may realize that it is possible for anyone.

When the average person thinks of college, a few things instantly come to mind: a 529 college savings plan, massive student debt, late night cram sessions, endless term papers and of course wild parties with tubs full of jungle juice. That was not the case for 18 year old psychology major, Joanne.

While most college students were studying for finals, Joanne was authoring her first book. While her roommates were playing beer pong at the sorority house, she was in her room designing the interface of her next mobile app. As her ventures grew, her interest in college faded. What was originally meant to be one small gap year resulted in Joanne dropping out completely to pursue her startups.

Fast forward to today. Joanne is a 23 old entrepreneur with multiple online businesses that have grossed over seven-figures in revenue. Looks like that decision to dropout, paid off.

In this article, we’ll interview this Reddit college dropout who started a 7 figure business.

▼ Today you'll learn +
How did you get started?
Who was your mentor?
How did having a mentor help you?
What did he teach you?
What are the businesses you built?
What advice do you have for aspiring entrepreneurs?
Who are some entrepreneurs to follow?
Russell Ruffino
James Altucher
Richard Branson
Tim Ferriss
This Is Why You Need to Build a 7-Figure Business

How did you get started?

I got my first taste of entrepreneurship when I started doing freelance graphic design. I have always been a creative person, so I taught myself Photoshop and used Procreate for Android and started offering my services to clients my senior year of high school. It was great at first, but then I realized something.

I HATED working for other people, so I had to find a way to work for myself for real. That’s when I was lucky enough to find a mentor who helped me go from freelancer to business owner.

Who was your mentor?

[Name redacted] is the reason I am where I am today. Without his guidance, I’d probably still be paying off college debt and working a miserable 9-5 or living in a van.

How did having a mentor help you?

Starting a business is like taking a raft and sailing into a storm with a blindfold on when you don’t know how to swim. You’re essentially going into something with a very low chance of success because you have no experience or knowledge. You learn on the water.

Now imagine that instead of a raft, you had a submarine, instead of having a blindfold, you had a life vest. Your chances of survival go up drastically. That is what having a mentor did for me and let me tell you why.

I had no experience whatsoever. My mentor had already built his own business, sold it, and was onto his next venture. He opened my eyes to new opportunities that I probably would have never though of otherwise. It is because of him that I launched a publishing and mobile app business that gave me the financial freedom to travel and be my own boss. Instead of suffering through many mistakes and going through years of trial and error, I was able to learn directly from him so I am very thankful for that.

What did he teach you?

One of the biggest challenges I had to overcome was my mindset. The first thing I learned was how to think like an entrepreneur instead of like a 9-5 drone.

Every time I complained, he’d catch me and say, “well, find a solution.” Every time I failed, he’d say, “congratulations, you just learned one more way that won’t work. You are one step closer to finding one way that will work.”

What are the businesses you built?

The first business was ebooks. He introduced me to self publishing on Amazon. Designing and writing were my only skills, so I wrote all the content and designed every book myself. Where he helped me was with finding topics and niches to pursue. He helped me learn about keywords and marketing, two things that I had no clue about.

The second business was mobile apps. Similar to my first business, my only strength was design. He taught me how to actually get downloads and monetize and make $50 fast every day. To date I have launched over 100+ apps, gotten over 1 million+ downloads and even had a few apps rank on the top charts.

The third business was paperback books. By now I had gotten a much better grasp of keyword research, niche selection, and marketing thanks to him. To date I have published over 500+ books (I started outsourcing so I could scale the business) and have had multiple best-sellers on Amazon. In my best month, I made a little over $50,000.

What advice do you have for aspiring entrepreneurs?

Start now. I wish I had started sooner.

Find a mentor. Either take a course or contact people that inspire you and get them to work with you. Many successful people launch them, just find someone credible, please! This will significantly boost your chances of success.

Be prepared to sacrifice. I gave up a lot of weekends and Friday nights to work on my business. I had to learn to say no. I have no regrets.

College isn’t for everyone and neither is entrepreneurship. Get outside of your comfort zone and challenge yourself. Don’t ever settle for something mediocre. I dropped out of college and made more in one month, than I would have in a year of working. Anything is possible if you put in the work.

They say that you are who you spend time with, and while you may not be able to spend time with millionaires every day, following their social media and teachings can help you to reach their levels of success.

With that said, here are 4 entrepreneurs that we think are worth following:

Russell Ruffino is the millionaire entrepreneur behind Clients on Demand and has been credited with changing the mindset of those in mainstream business. His story is an interesting one as he wasn’t born successful. In fact, his rags to riches story starts with him as a frustrated bartender, wanting more. With nothing more than a great concept and a drive to do better in life, Mr. Ruffino built a brand that is worth millions! In particular, Russell teaches entrepreneurs how to market. This doesn’t mean how to get the most eyeballs looking at your website or ad, but how to make sure that the right eyeballs are paying attention. Practicing what he preaches, Ruffino has a knack for appealing to high-value clients and teaching them to do the same.

James Altucher is a blogger, hedge fund manager, and a picture of the success that entrepreneurship can lead to. Best known for conversation topics on failure and how to avoid it as well as finding happiness, Altucher has become one of the most successful men in the United States, often featured on sites like Forbes, Business Insider, and others. In fact, Forbes contributor, Brian Rashid once referred to James Altucher as the most interesting man in the world. Others seem to find him interesting as well. On LinkedIn, Altucher is ranked as a Top 10 Influencer with nearly a million followers. He also has nearly 200,000 followers on Twitter that he keeps entertained with inspirational quotes, pictures of people he comes across and more.

Richard Branson is the founder of Virgin Group and yet another face that seems to be symbiotic to success. As the founder of Virgin Group, he has worked his way to become a multi-millionaire, best known for his strategies for success, business tips, and motivational quotes. Branson is also known for sharing pictures of him both working hard and playing hard. Interestingly, as far as LinkedIn rankings go, he is considered the second most influential member by the social network, second only to Bill Gates. With 12 million followers on Twitter and more than 13 million on LinkedIn, it’s hard to debate his influence.

Finally, we have Tim Ferriss, the best selling author of books like “The 4-Hour Workweek.” Known for sharing lifestyle changes that he made that have helped him achieve success to his more than 1.5 million Twitter followers, it is clear that he has made a name for himself. Through various outlets, Ferriss provides his followers with advice on how to both increase productivity when you are working and how to really relax when it’s time to do so.

This Is Why You Need to Build a 7-Figure Business

Can you imagine owning a business that brings in 7 figures each year? Whether you are already a business owner or an inspiring entrepreneur — it may be hard to imagine.

However, if we learned anything from this interview, it is that the only thing stopping you from a 7 figure business is yourself. Hustle, work, and dedication is what it takes to build a successful business. However, once your business reaches seven figures, you’re more able to relax and have more freedom in life. That should be overall goal, not money.

For you: What is stopping you from building a 7 figure business? 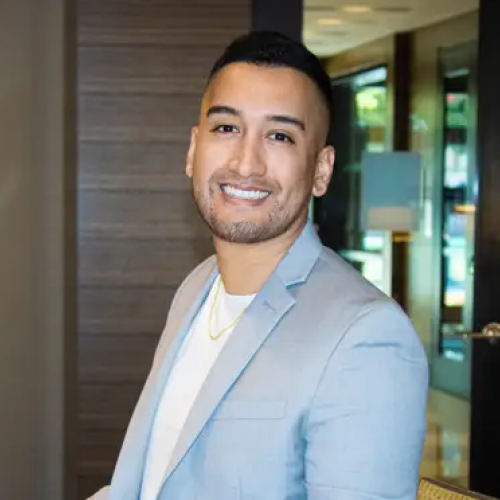